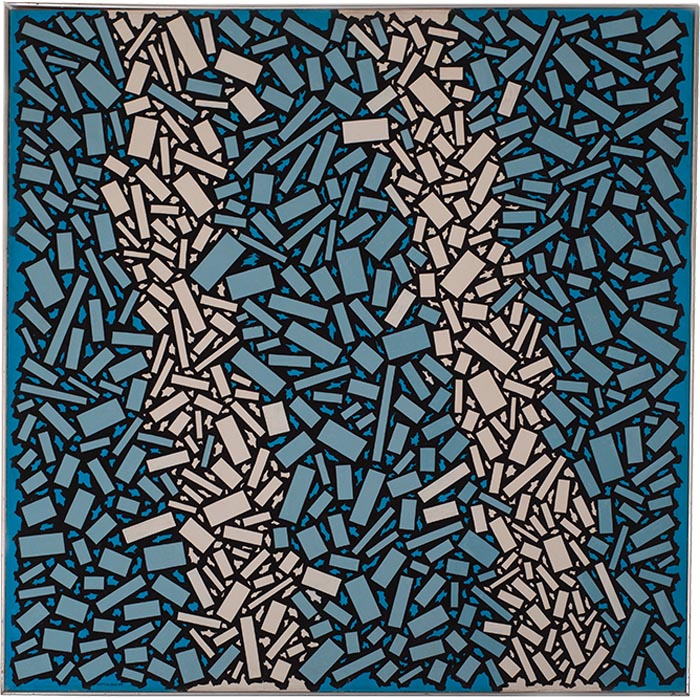 Costigliolo was one of the first South American artists to incorporate some of the innovations introduced in the arts of the twentieth century by the historical avant-gardes. Like that of his partner María Freire, his painting represents a determining element in the artistic history of Uruguay, having paved the way for numerous research paths intended to find the language in geometric abstraction to expatriate from the territories of conventional representation. Suprematism, constructivism, neoplasticism, concrete art: these are the cardinal references within which his creative action was produced. Experiences that became the object of Costigliolo's consideration during his study trips to Europe, in which the artist made contact with some of their exponents, remaining however also marked by another 'encounter': the one with the stained glass windows of the French cathedrals. The forms that, from the sixties onwards, build the image in his paintings, in fact retain the memory, perceptible in the black profile that delimits the individual elements, in the colors of different brightness that mark the field occupied by them. The works included in the collection of the Ekiscio Foundation reflect a basic concept in the artist's work: that of variation. Rectangles and squares seem to float on the surface, giving rise to densities and archipelagos, making it iridescent with their different chromatic attributes, infusing it with dynamism, differentiating itself in size and orientation with respect to the orthogonality of its perimeter. Phenomena that Costigliolo triggers and firmly dominates, creating the conditions for an authentic adventure of the gaze.