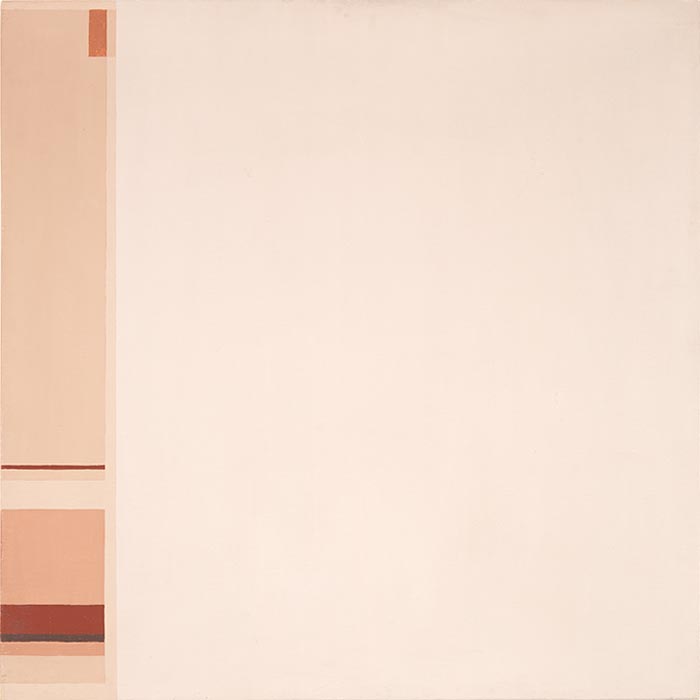 The intention to transform the painting into an objective and object entity runs through the art of the twentieth century, having its roots in the early avant-gardes and echoing in the various currents of aniconic sign. This purpose has a particularly effective synthesis in the work of Paternosto, considered one of the masters of strictly non-figurative painting in Latin America. If his first artistic tests are born from a harmony with the poetics of the Informal, the arrival in the early sixties in the field of geometric abstraction directs him towards an expression characterized by extreme compositional clarity and a marked conceptual rigor . At the end of the decade, with a radical resolution, Paternosto cancels any presumed illusory or representative vocation of the painting, applying his concise pictorial grammar only to the thickness of the painting object: an operation that underlines the three-dimensional presence of this, prefiguring for the observer the experience of an unprecedented oblique vision. The work presented here bears the sign of these intuitions, where the pictorial passages partially encroach on the main frame of the canvas, on other occasions uniformly painted in white. No less interesting are the subsequent evolutions of his research. Paternosto first offers his own interpretation of American Color Field painting; later, he devoted himself to detecting the points of contact between pre-Columbian art and the language of modern abstraction. Nature, or rather its luminous vibrations, finally finds its evocation in the Hilos de agua series, inspiring the silent conversation between the white surface and thin vertical lines drawn with watercolor pencils.