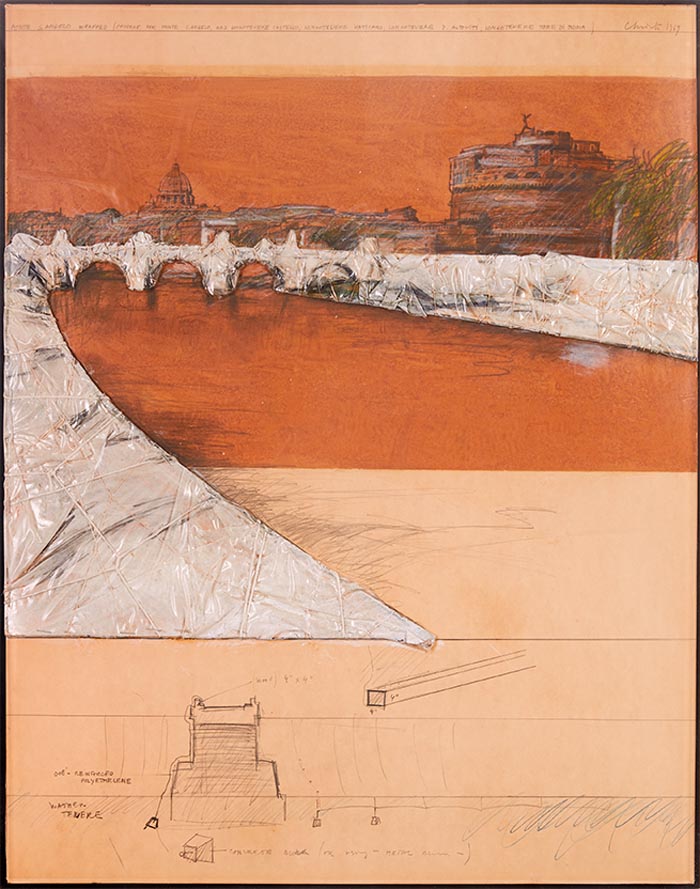 For over half a century, Christo has been working on the perceptual redefinition of objects and places. Recognized as one of the greatest exponents of Land Art, the artist made his debut in the ranks of the Nouveau Réalisme; it is in this context that he carries out the first “packings” of common objects and consumer products, which are paradoxically given prominence by hiding and remodeling their shape. From the end of the sixties, after an initial series of urban interventions carried out in Paris and Cologne, he began to conceive increasingly ambitious temporary environmental projects, aimed at an ideal reconciliation between the community and the territory: the extension of the long nylon curtain orange that, in 1972, visually closes an entire valley in Rifle in Colorado, the wrapping with ropes and fabrics from the Reichstag in Berlin in 1995, contribute to making the artist known all over the world. In 1994, after over thirty years of sharing life and artistic projects with his wife, he changed his stage name to "Christo & Jeanne-Claude". The design side of the installations is of fundamental importance in the artist's work, being the only one to know a direct commercial reflection. Of great quality are the six drawings present in the Ekiscio Foundation collection, some linked to already realized artistic enterprises, others remaining on paper for the moment; in them, the peculiar incisiveness of Christo's sign is associated with materials such as twine, fabric and polyethylene, which give plastic evidence to the artist's evocative reinterpretation of urban and natural scenarios.