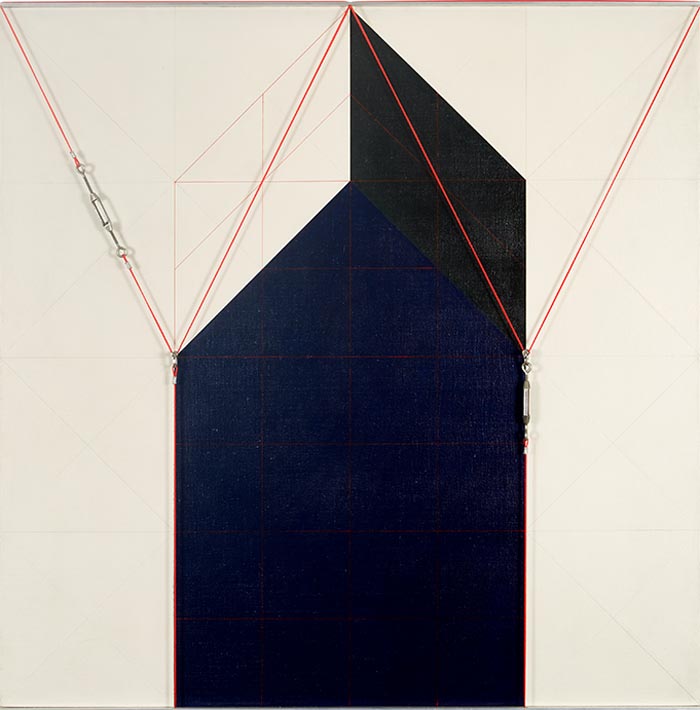 Recurring in Pardi's work is the reference to architecture, understood both in its representative values ​​and in its constructive reality. The artist, in addition to mentioning the formal elements and the design aspect - aspects that characterize some of his important cycles of the seventies - in the manner of an architect, approaches space, welcoming it in its concrete dimension and modulating it through the structuring of his works. This is achieved by often integrating the techniques of painting or drawing with contemporary sculpture, and entrusting the definition of form, in his case close to a minimalist measure, to the relationship between full and empty, to that between abstraction and material presences. Complementary to this research direction is the reflection, carried out on several occasions, on the artistic experiences of the analytic and constructivist order of the twentieth century. Pardi's activity in the field of monumental sculpture is also of significant importance, thanks to which he conducted his construction research in the squares and streets of some urban centers, including his native Milan. As often happens in the artist's work, the two works included in the Ekancio Foundation mix pictorial and non-pictorial materials to give life to fascinating design hypotheses, where the rigor of the geometric lines does not fail to glimpse the visionary and utopian components of the work of Pardi.