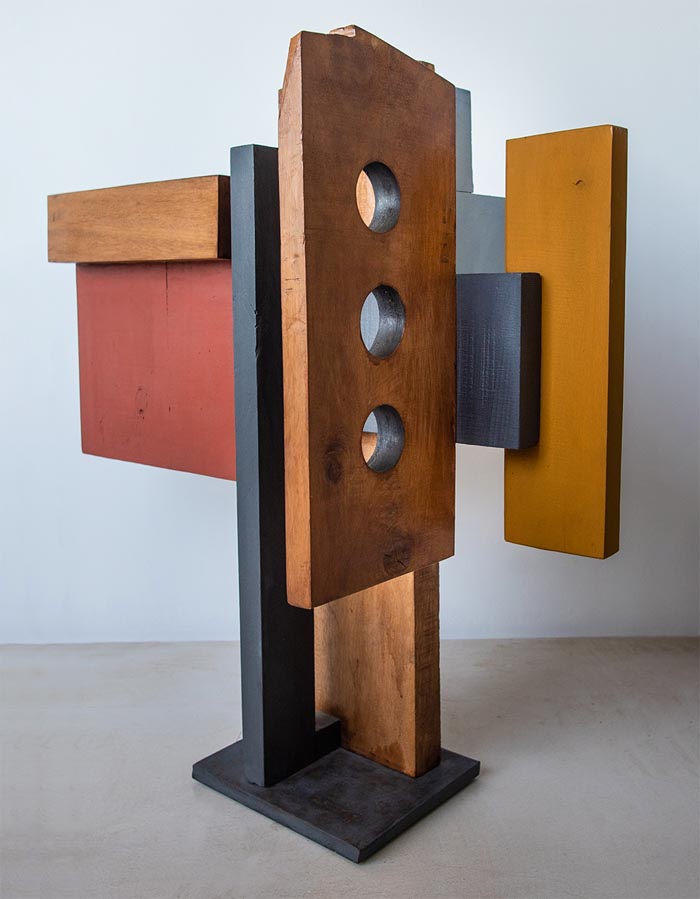 Among the most connotative practices of contemporary sculpture, there is the recovery and reconversion of debris deriving from the industrial production cycle, or materials, objects or fragments of these that have exhausted the function for which they were created. Octavio Podestá is counted among the masters of their elaboration in the expressive sense; a consideration earned through tireless activity, which has found accents of particular intensity in the field of public and monumental sculpture. Iron, wood, scrap metal: these are mainly the materials involved in his assembly procedures, from which figures that recall those of warriors and animals arise, or that appear to evoke plant and object elements. The artist's work actually moves on the terrain of iconographic ambiguity, often producing a multiplication of possible analogical references and not failing to cross over into the field of abstraction. In his compositions, inorganic materials seem called upon to constitute entirely ideal 'organic apparatuses' yet endowed with a palpable vitality, amplified in some cases by the real movement that affects some of their components. Based on the chosen materials of Podestá, Hierro and Madeira, the works presented here show how the impression of energy transmitted by the forms shaped by the sculptor does not cancel the seriously playful spirit that is at their origin.