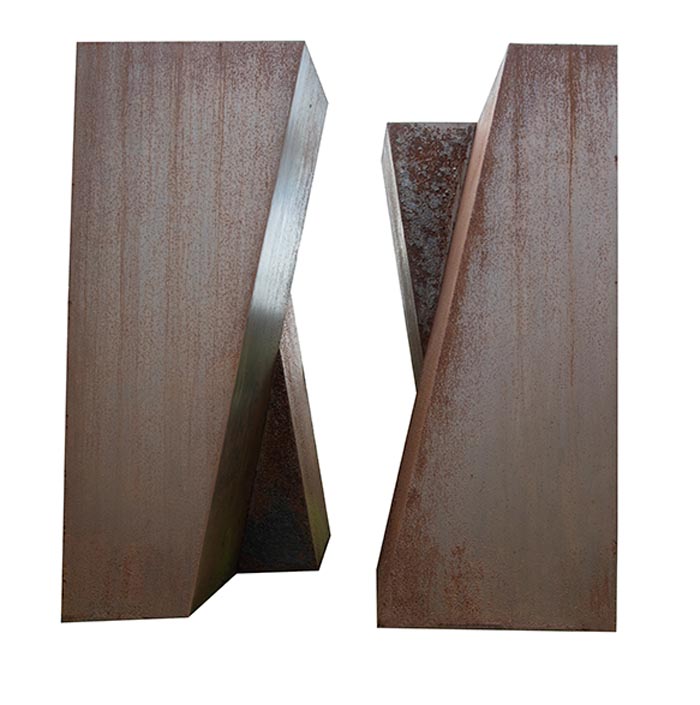 With her works, Verónica Vázquez pursues the goal of telling stories. This understanding is recalled by the most recurrent operational aspects of her work, prone to be produced by textures, created by the intertwining of textile materials or iron wires; you to catalog disused tools, or parts of them; to incorporate object entities with a clear metaphorical value such as a book or a page. If the expressive components mentioned, as well as the methods of their formal elaboration, indicate the centrality attributed by the artist to the idea of ​​narration, their identity and origin circumscribe the thematic area evoked from time to time. The object of the reflection carried out by Vázquez through form is the modern history of Uruguay, and the evolution known in it from the female condition. The tools of this story are materials related to the world of work, in particular those recovered in places once occupied by textile and typographical workshops: elements that the artist assembles with refined simplicity and according to carefully marked compositional rhythms. In these works, the social investigation is imbued with a vague nostalgic feeling, aroused by a blacksmith dimension characterized by love for things and matter. However, her work is crossed by another story: that of the arts of the twentieth century, to which references to Arte Povera and sculptors such as Podestá, Chillida, Serra give voice. The influence of the last two seems to act in the sculpture presented here, consisting of the juxtaposition of two imposing shapes inspired by solid geometry. These describe a plastic perimeter interrupted by the opening of a threshold, which introduces a game between volumes aimed at perceptually remodeling the space.