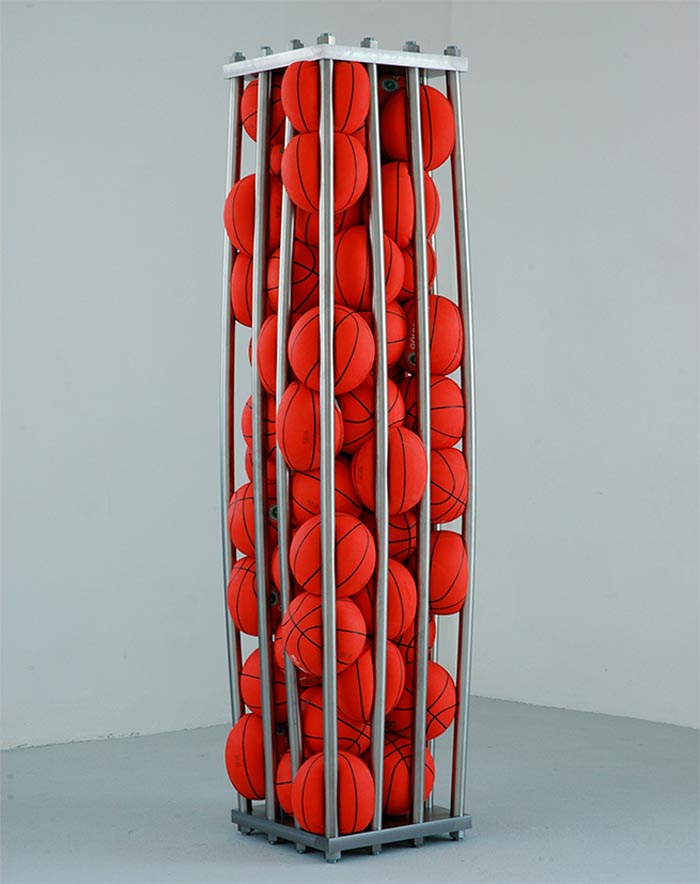 An intense, radical physicality characterizes the work of Sassolino, creator of works in progress in which the world of matter undergoes the attack of forces that undermine its stability, structural equilibrium, integrity. Wood, glass, animal bones, tires and other elements are subjected to the action of mechanical devices that test, often exceeding it, the maximum resistance limit; The artist's stated goal is to induce, during the unfolding of these processes, a state of anxiety or tension in the observer, called to witness the deformation or complete sacrifice of the materials used. The emotional involvement that Sassolino's works manage to arouse reveals how inanimate things appear all the more "alive" the closer they are conducted to their end, which in this case can occur by compression, wear, or structural failure. In creating this empathy, the sound component plays an essential role, that is the stunning scream of the material that is released from the elements subjected to the rite planned by the artist. By giving life to processes with a symbolically dramatic and inescapable character, Sassolino is one of the rare contemporary artists to enter into a relationship with the category of the tragic, which gives his expressive operations unpredictable metaphorical resonances. Two works by Sassolino are included in the collection of the Ekilibrio Foundation. Shrewd in its simplicity, Le solite cose del 2004 touches upon the modality of the ready-made, while more complex in its engineering conception is the disturbing Arachnian machine of 2006, whose action is destined to affect - in a literal sense - the environment that hosts.