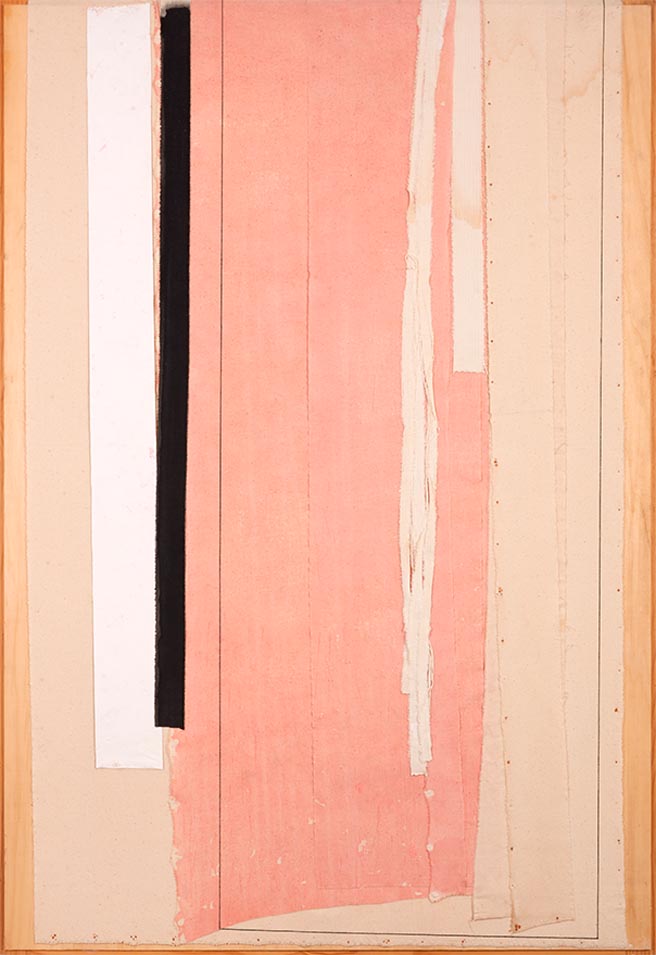 A constant questioning of painting and its identity: this is the ultimate meaning attributable to the work of De Alexandris. The numerous thematic cycles created by the artist reflect, from time to time, a different weighting carried out on the mental, material and perceptive dimension of the medium under consideration. An objective that De Alexandris pursues by reducing the means of expression to a radical essentiality, to the point of highlighting the constitutive structures of the pictorial language. This process has its debut in the first half of the sixties, in harmony with that self-reflective attitude of the new avant-gardes from which the experiences of conceptual art and analytical painting will soon germinate. The emergence of these trends is predicted by the first sequences of his works, whose surfaces are either crossed by essential lines determined by folds and pressures of the paper material, or they host protruding geometric elements. If this plastic vocation is also perceptible in the Time + Space cycle, where it is contextual to the environmental value of the works, it is instead revoked in the t / n series, which began in 1974 and which sees De Alexandris scratch vertically with a scalpel white cardboard sizes unalterable of 145x100 cm. After touching the category of the imperceptible, his work starting from the eighties welcomes back color and its light, which appear through backgrounds with precious transparencies. The articulated cycle of the Rooms, to which Interior II of the Ekilibrio Foundation is attributable, finally arises from the assembly of materials dating back to the beginning of the artist's career, rearranged in order to found a reflection on the making of painting.