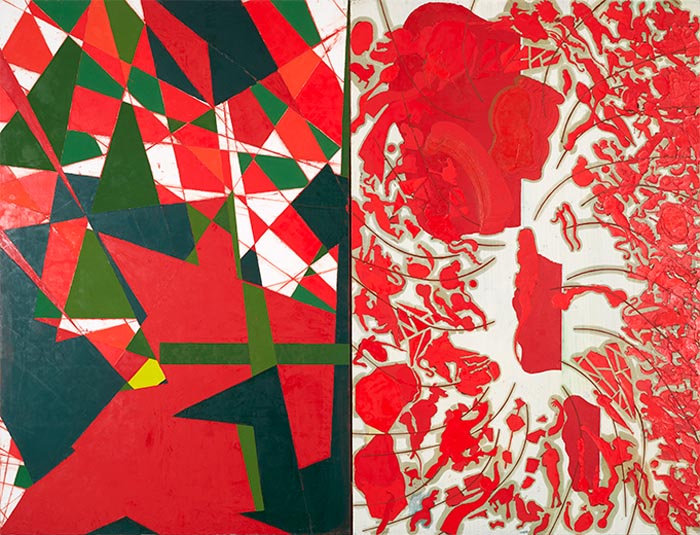 In the works of Giuseppe Gallo, art renews its relationship with the mystery. The painting and sculpture of the Calabrian artist, a leading exponent of the New Roman School, are not only the object of evocation from the enigma, but reveal themselves as a consequence of it, identifying a deeper correspondence with one's own nature. Through the fantastic representation of forms attributable - in almost all cases - to the sensible world, correlated by a compositional measure that assumes equilibrium as the inspiring principle, the artist prepares images as intriguing as they are hermetic, whose meaning in some cases he alone holds full decoding. Science, philosophy, art, language are themes that have always been present in the artist's work, inclined to include in his works portraits and quotes of characters who have contributed decisively to the various fields of knowledge and culture. The aspiration to trace the secret order of the world, as well as the desire to indicate its blind spots, the places refractory to the light of rational thought, is interpreted in his work by the recurring figure of the enchanted or philosopher, a sort of mediator between the plane of the visible and the dimension of the unknown, a symbolic image of an intuitive and poetic knowledge. Sorella (Diptych), a large painting that associates two opposite and complementary expressive dimensions - one therefore 'sister' of the other - declares through an alienating juxtaposition the deeply dialectical nature of Gallo's visual poetics.