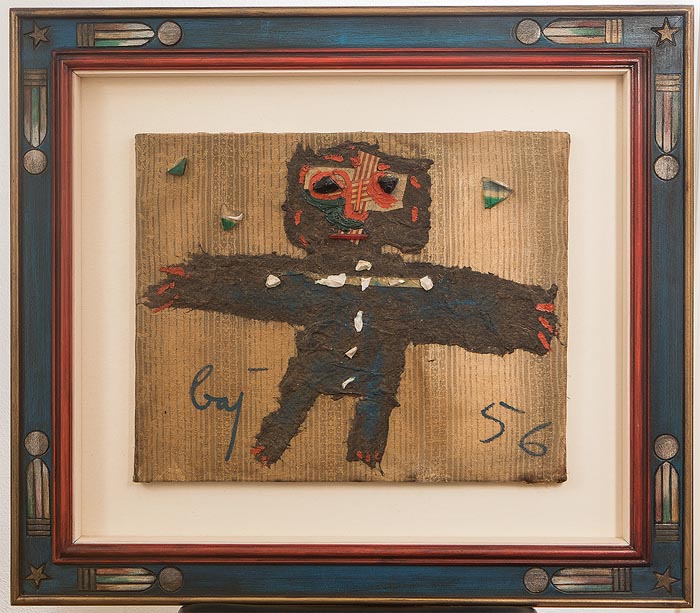 To characterize the work of Enrico Baj is the use of materials that differ from traditional artistic practice. The assembly, apparently inspired by a playful will, actually thoughtfully calibrated, of elements taken from everyday reality - ropes, buttons, trimmings, medals, sequins, and others - infuses its surfaces with a strong material significance and a marked iconicity. At the time, this proceeding is instrumental to the grotesque representation of facts, phenomena, social figures towards which the artist has chosen to address his irony or open disapproval, both reflecting an anti-militarist and anarchoid ideological position. Despite having gradually presented aspects that can be traced back to different expressive fields, such as Dadaism, gestural painting, Pop Art, his work has always developed in a substantially autonomous way with respect to these trends. Baj's contribution to the current of so-called Nuclear Painting is relevant, which takes up the practice of expressive automatism theorized by the surrealist movement, and which is thematically influenced by the tragedies of the Second World War. The work Personaggio is chronologically referable to the artist's 'nuclear' period: at the same time, his main elements of style appear on the one hand close to contemporary French research in the field of art brut, on the other they are representative of the artistic path drawn by Baj in the following years.